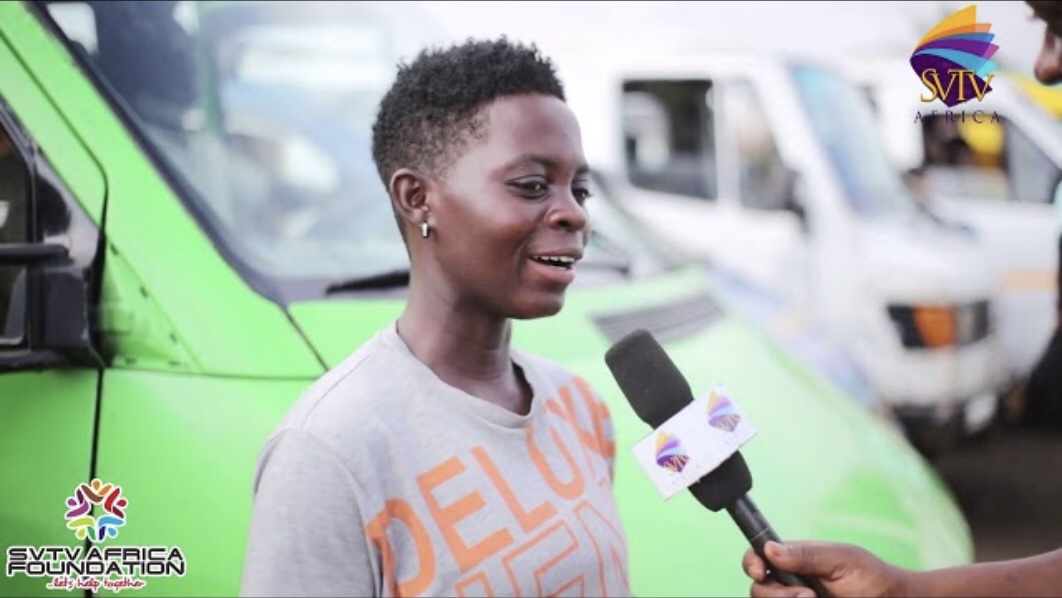 Adwoa Akyea, is a 23 year old lady from Asante Akyem Konongo, in the Ashanti region, who has quit her football
dream to become a trotro conductor.

According to her, the parents divorced when she was very young; and as a girl who wanted to be a footballer, she followed her dreams; came to Accra Purposely to get the helper of her dream.

At her stay in Accra, she received help from nobody being a footballer; compelling her to venture into a monthly salary job.

She worked for months and stopped because she couldn’t make a living from the penny she earned as a worker.

This compelled her to live with her mother, who is currently in Accra.

With the mother, things were still hard so she had to find something different to do; one that can support the two.

Later, she spoke to a friend about her interest in being a trotro conductor; and eventually she became one.

Even though the father is still alive in Asante Akyem Konongo, his hometown; Adwoa has to hustle on her own since her family is not a rich one.

Her other 7 siblings are in the said hometown; however, she is currently with her mother in Accra; involved in trotro conducting with her football dream at stake.