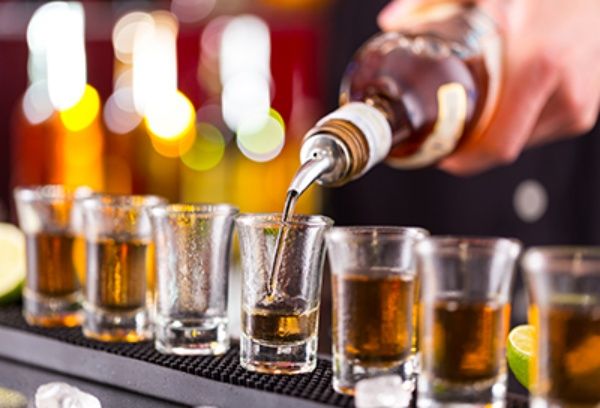 Long queues have formed outside shops selling alcohol in South Africa after restrictions on its sale, imposed two months ago as part of measures to fight Covid-19, were lifted.

Social media posts showed people, who had braved the morning chill, cheering as buyers emerged with their bottles.

The alcohol ban was to allow police and hospitals to better focus on tackling the coronavirus, the authorities said.

Alcohol-fuelled violence is a huge problem in South Africa.

Doctors and police say the ban has had a dramatic impact, contributing to a sharp drop in casualty admissions.

But the country’s brewers and wine makers had complained that they were being driven out of business.

The government has also lost a fortune in tax revenue, reports the BBC’s Andrew Harding in Johannesburg.

However, the planned reopening of schools has been delayed for a week.

The authorities are now in the process of easing one of the toughest lockdowns in the world.

As part of this latest step – known as level three – President Cyril Ramaphosa said that from 1 June the sale of alcohol would resume, but only between 09:00 and 17:00 and not on Friday, Saturday or Sunday.

Also, the alcohol can only be drunk at home rather than where it was bought.

The authorities had warned customers not to rush to the shops but rather stagger their purchases throughout the week to avoid crowds and to reduce the risk of infection, the BBC’s Vumani Mkhize in Johannesburg reports.

On Twitter, “Tops”, the name of a liquor store, and “level three” are the top trending topics in South Africa, with people sharing pictures of celebrating – some singing – the return of alcohol sales