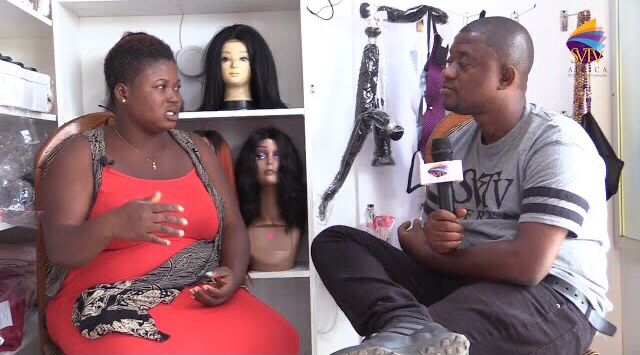 Beautician, Mavis Serwaa has revealed that her ex-husband who is an alcoholic often threatened to kill or set her on fire whenever he came home drunk.

In a chat with SVTV Africa, Mavis indicated that she regrets ever marrying her ex-husband. She added that she had to divorce him because she feared for her life.

“Whenever he came back from work drunk and I start a conversation about the children, he would threaten to kill me or set me on fire. The threats were often so I had to leave,” she told host, DJ Nyaami.

The 28-year-old further disclosed that she has regretted her marriage, adding that the benefits are her two children.

“At a point, he told me to quit my job because I came home late. We close late on weekends especially because it’s a salon but he wouldn’t understand. He came here sometimes to force me to close the shop and I began losing customers,” she added.

Mavis disclosed that her ex-husband who is a taxi driver supports the children as well.