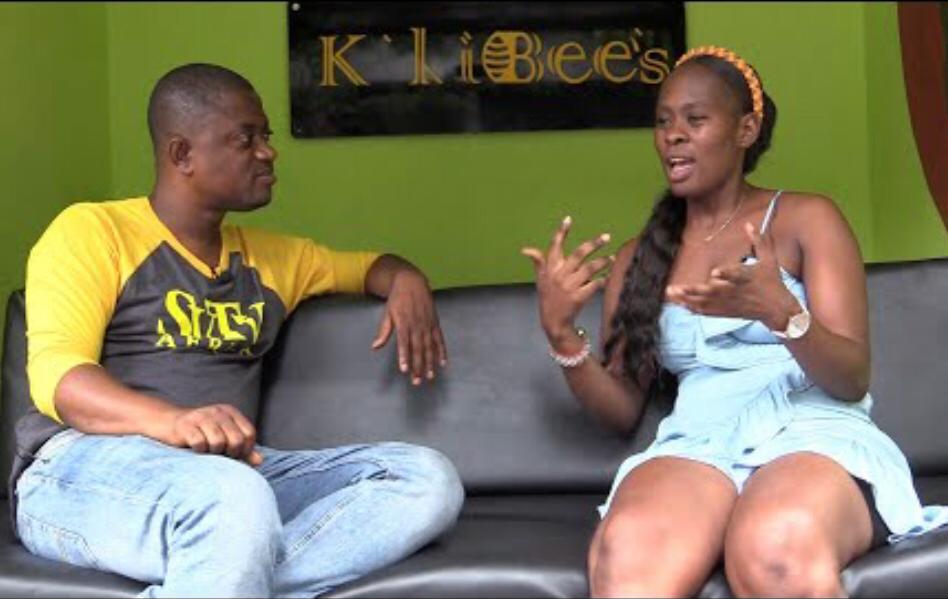 Young single mother, Brisca Frimpong has revealed that she cheated on her Ghanaian boyfriend with a Liberian guy who jilted her after he got her pregnant.

Speaking on SVTV Africa, Brisca stated he met him (Liberian) whilst she was dating but had doubts about her relationship even though the Ghanaian was good to her. Due to the care and attention, she got from the new guy, they became a thing.

“He was very good to me not with money but he cared for me. Sometimes he would come and wait for me at my job. The attention I got from him made me feel good so I broke up with the other guy,” she recounted.

Brisca added that after she got pregnant, she realized that her Liberian was married with a child. However, he was already out of the country.

“Initially, he accepted the baby but he later told me that someone told him that the child is not his. He blocked me and I haven’t heard from him since.

Before that, I saw pictures of his family and a baby too and he came for his mum to take care of the baby. So I began to suspect him,” Brisca told host, DJ Nyaami.

Presently, she is a single mother who is a little doubtful about who the father is. According to Brisca, she believes the Liberian is the father but only a DNA test can tell.