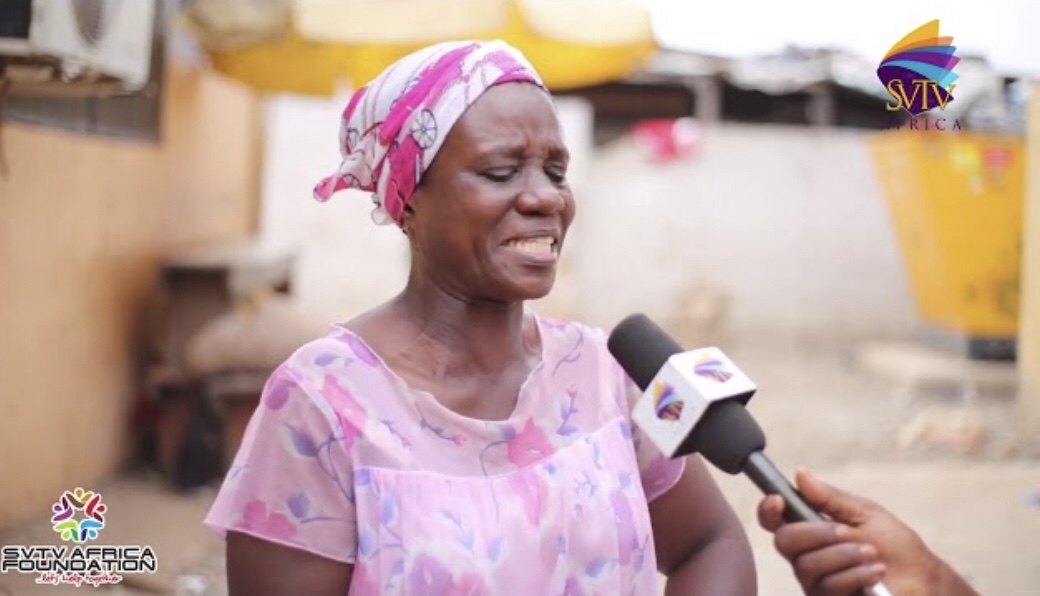 Salomey Tetteh, a breast cancer patient and a market woman needs over GHC2000 cedis for her cancer treatment.

Speaking to SVTV Africa, she said, her cancer started as a normal pain under her armpit until she went to the hospital, where she was scanned and later told she has breast cancer.

“Something like a ball came and enter my armpit; it was very painful so l took it to the hospital, it was there they told me it is breast cancer” She lamented.

She was later transferred to the Korle Bu Teaching Hospital where she was instructed to take certain tests, amounting to over GHC1,600 cedis.

According to her, she has been able to do three tests so far.

However, there is another test she is supposed to do and that will cost her 900 cedis, one that is different from the previous three tests she has already done in line with Korle Bu Hospital.

Adding that, there is even another scan in line with her stomach; one she is yet to know the cost.

The mother of one, former wife, and a tomato seller at the market, needs over GHC2000 cedis to make all the mentioned tests a successful one.