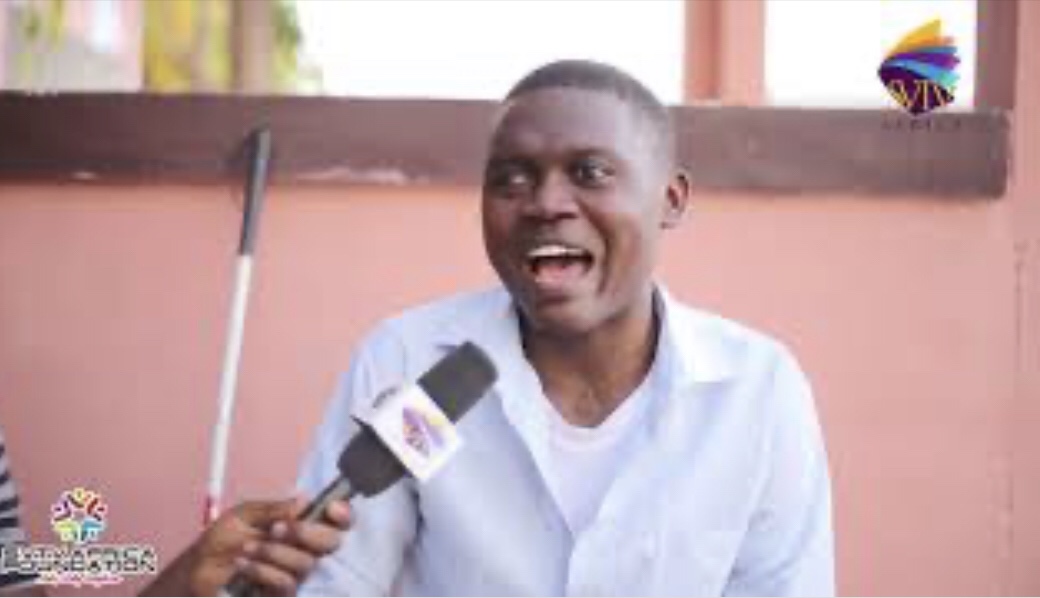 Montey Kwesi Amoah, is a football enthusiast who lost his half sight as a result of a simple football touch on the eye.

According to him, he was playing football with his friends at Junior High School, When a shot from his friend hit his eye; that was the begining of his eye issue.

He made this revealation speaking with DJ Nyaami, on SVTV Africa.

This affected his right eye and was sent to the Tarkwa hospital for treatment; he was later transferred to the Kumasi Gee Hospital and there, he was told to be sent to South Africa for an eye opration.

“They told me unless they send me to South Africa for an eye Operation, before l can see with the said eye; but my mother didn’t have money so we begged and they managed to do it in Ghana”. He narrated.

He revealed that, the money they requested for the operation; one he was supposed to be sent to South Africa and due to that they begged, was over 1000 cedis; that was somewhere 2006.

Unfortunately, after the successful operation done in Ghana, he still couldn’t see with the said eye; so he was now managing with the other left eye, until it also encountered another problem on his examination day.

“I was writing exams and all of a sudden l realized l couldn’t see anything with my  left eye too”. He lamented.

Adding that, pastors have squandered all his mother’s money because of his eye problem.

Kwasi is now a total blind man, unemployed and needs help from donors.