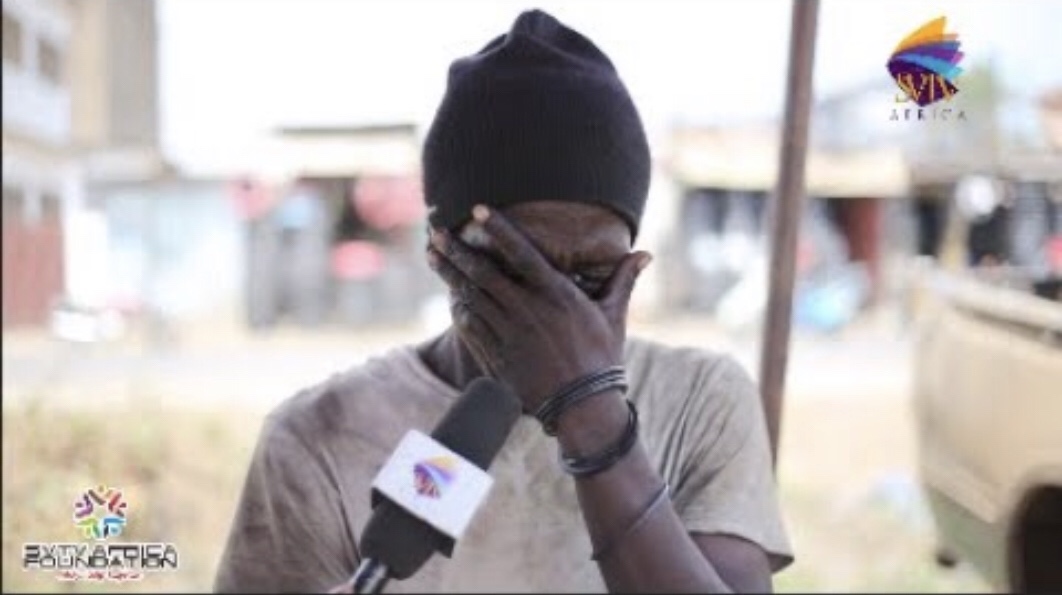 George Akom, a former galamsey worker and a drug addict, speaking on his addiction on SVTV Africa, has wept live on set.

The man who was in serious tears as a result of remorse, publicly apologized to his family for any shame or pain he has caused them.

According to him, he started as a drug pusher when he was into galamsey in a town he didn’t mention.

He will sell them to his galamsey colleagues but will not take some himself.

Adding that, drug sales; is something that is so ongoing in these galamsey areas.

“I used to sell them to my colleagues, because l realised those selling them were making money.” He narrated.

As a pusher, he began using drugs himself when galamsey was banned; at this time, he was no more meeting his colleague customers so he had to start using the remaining in stock all by himself.

“When there were none to sell the remaining drugs to, l started using them myself”. He said.

The addict who was in tears sharing his sad story, hinted that, for the past 4 days he hasn’t even bathed.

He has no place to sleep; he moves from one ghetto to the other, and will sleep anywhere the night meets him.

“I have no place to sleep, l can even sleep in front of someone’s shop in the night”.
He lamented.

“I am pleading everybody to desist from drugs; it will destroy you, please don’t get close to it”; an advice he gave to the youth.