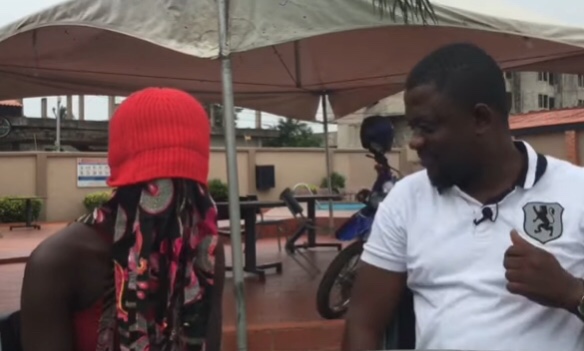 A man has impregnated his own daughter in the name of punishment.

Abena is a 20 year old girl whose mother died when she was two years old.

Later, she was compelled to live with the father, who continually had sex with her in the name of punishment.

According to Abena, she told the aunty about her father’s behaviour but that did not stop him until he eventually impregnated her.

After she became pregnant, the aunty and other relatives did not report the case to authorities, all in the name of wanting to protect the family’s reputation.

They claim the family, has a member who happens to be a state minister hence reporting such a case to authorities will not only dent the father’s image but the minister.

This frustration later landed Abena into prostitution; a situation she blamed her father for.

The young mother, is now a school dropout with no idea of her child’s whereabouts.

She is now helpless and needs the support of authorities.