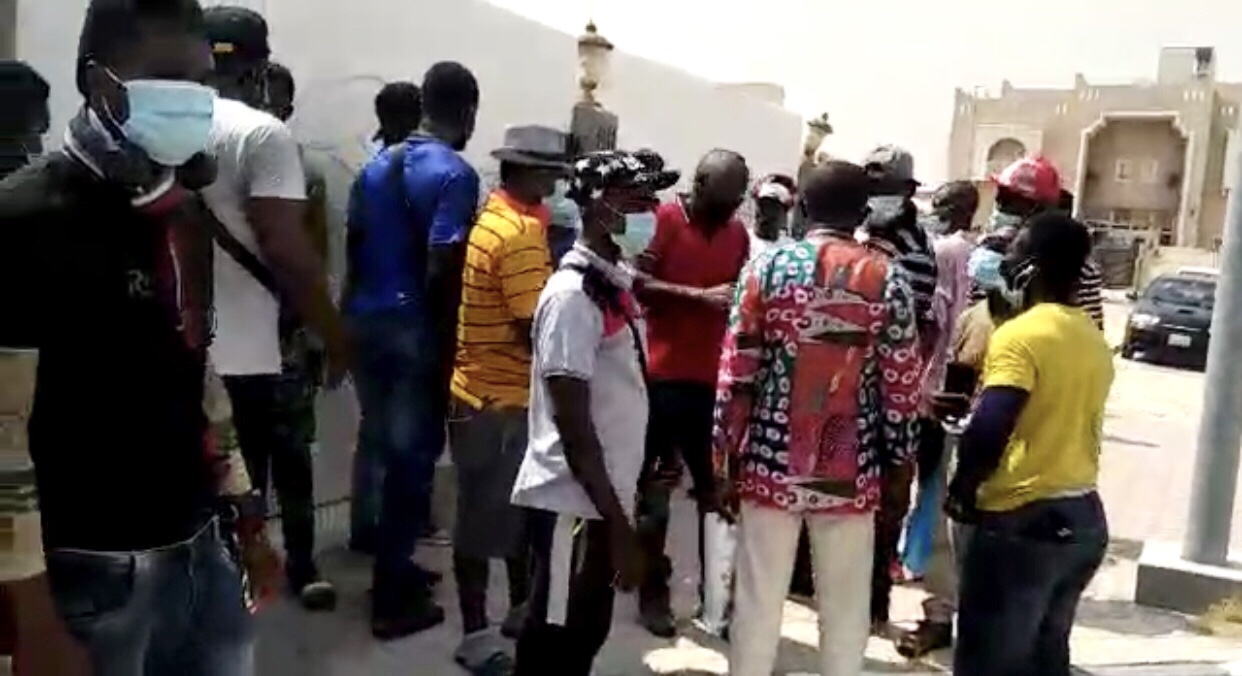 In a video circulating on SVTV Africa’s youtube channel, a section of stranded Ghanaians in Qatar, have lambasted officials of Qatar’s Ghana Embassy, for canceling their flight for returning home amidst corona; calling on the Ghana government to come to their aid.

According to them, they have bought plane tickets and were supposed to set off yesterday 20th July, from Qatar to Ghana, but the embassy, for reasons best known to them, canceled their flight asking them to go to United Arab Emirates instead, for their flight; a move that’s impossible because of the gulf crisis between this two countries, one that prevents flight movement between them.

They lamented that, their job contracts have been terminated by their respective companies because of the pandemic, and as a result, making life there unbearable.

Adding that, anytime they go to the Embassy, they hear nothing but lies. To them, the officials’ number one priority is nothing but passport renewal.

‘’When you call them they won’t even answer, and if you are lucky and they return your call, they won’t tell you the truth. They are only interested in renewing passports, they don’t care about us.

We have asked many times to be given the chance so we could speak to the Ambassador but to no avail.’’ They narrated.

Again, they said, the embassy, is asking them to pay 5000 cedis quarantine fee as part of their preparation to return home; a policy that was implemented by the Ghana government few weeks ago.

However, according to them, their termination of contracts, have rendered them jobless for at least five months, hence raising such an amount will be impossible on their side, therefore begging the government for its support.

‘’Initially, they told us they needed 240 registered people before they could permit flight; but now they are telling us because we can’t pay for the quarantine fee, we should provide a formal letter stating our problem, meanwhile we had provided those information in our previous registration which they are already aware.

At this point we are only begging the Ghana government to come to our aid, we are really stranded and need their support’’. They lamented.