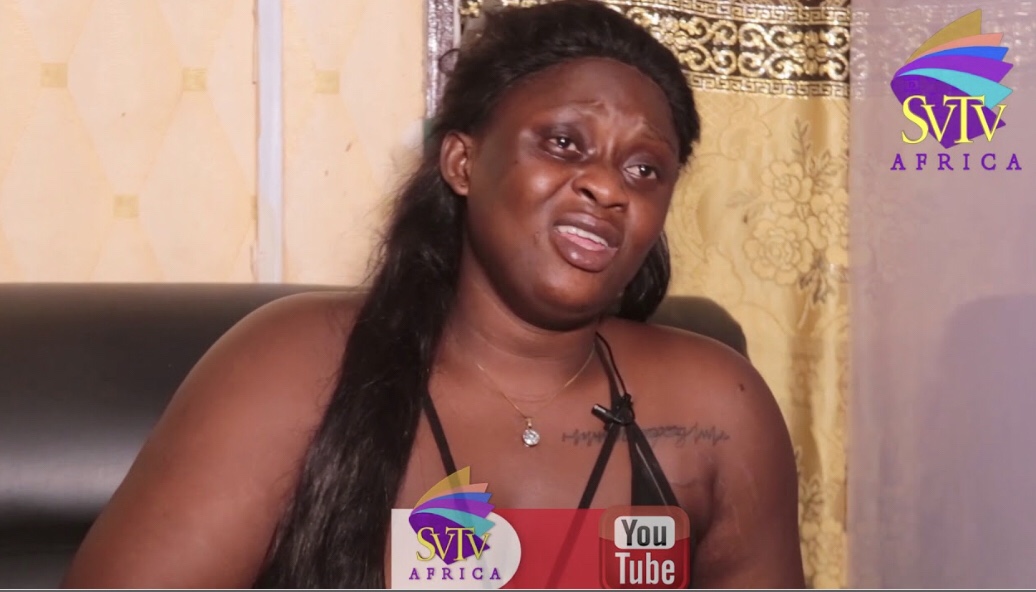 Mary Amponsah Adjei, the lady whose mother abandoned her just 7 months old, yesterday, on SVTV Africa, lamented her mother never showed her love because her father, allegedly raped her; making them (mother and daughter) rape victims.
She had to stay with her grandmother until she was 12 years; the alleged rapist’s mother, the woman whom she emphasized treated her so good with moral training.
‘’This while, I thought my grandmother was my mother, until my father died that, I was told of my biological mother’s whereabouts’’. She said.
According to her, the mother abandoned her when she was just 7 months old compelling her grandmother to play the motherly role.
This, among other secrets, increased her urge to search for her mother’s whereabouts.
‘’The first day my mother saw me she cried’’ she said.

Adding that, her mother eventually disclosed to her that, her father raped her, resulting in her birth; the very reason she snubbed her few months following her birth.

To her, she loved her mother although she had not known her for years; hence wished to have stayed with her for the rest of her life.

However, her mother’s unamplified love and her inability to take good care of her, perhaps because of the father, made her ran to Kumasi without her notice; a move she believes contributed to her bad company today.