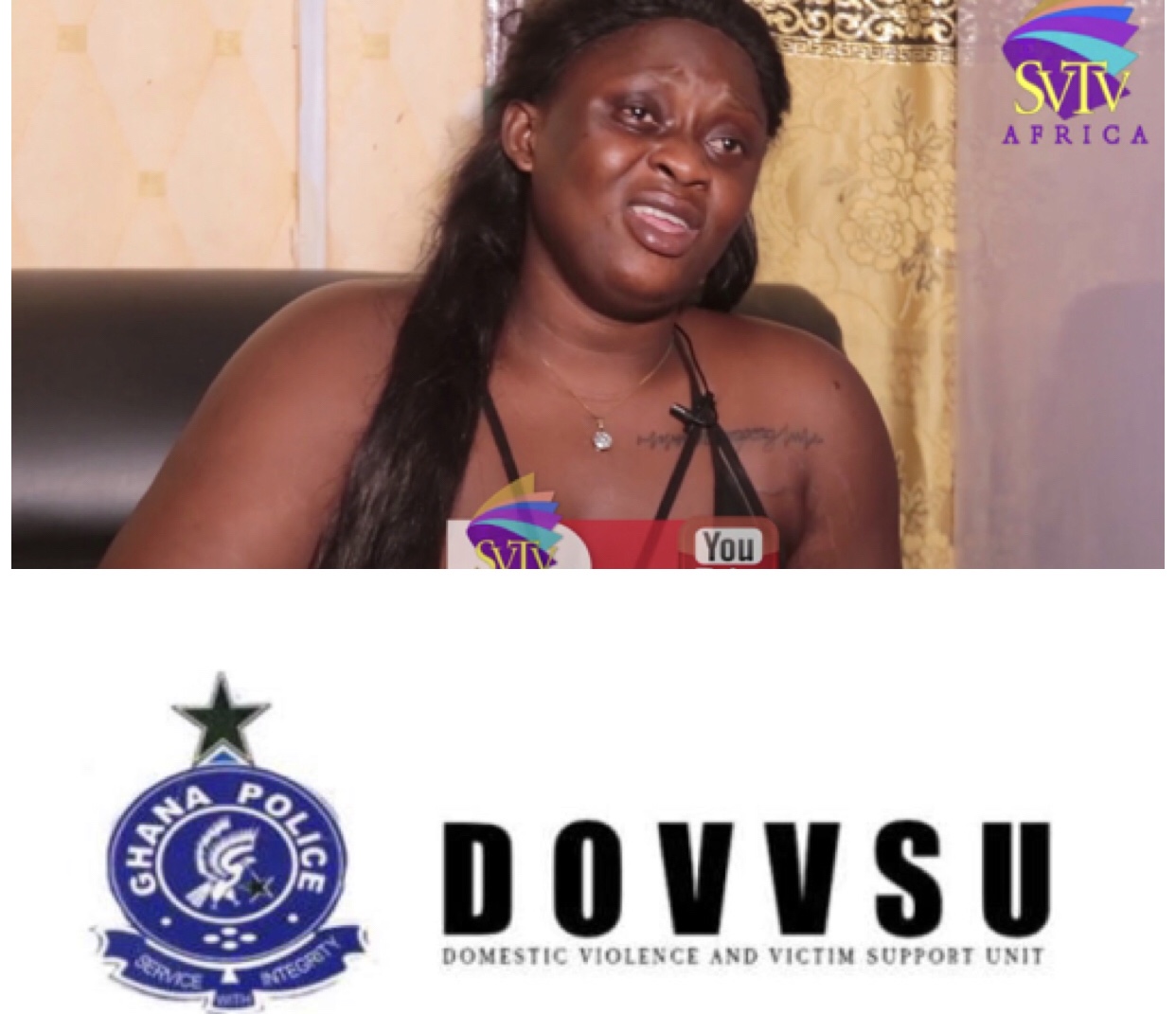 Mary Amponsah Adjei , the lady whom on SVTV Africa, lamented how she was conceived out of rape, has lambasted the Domestic Violence Victims Support Unit (DOVVSU) for their appalling behaviour as a state institution; one she thought was supposed to fight for afflicted women of her kind.

According to her, she had a simple misunderstanding with her husband when she was pregnant and he pushed her resulting in a waist injury; something according to medical reports, could cause pre-mature birth of her unborn child.

She said; ‘’The hospital directed me and my mother to DOVVSU and there we reported the case but funny enough, they gave zero attention to my case until I eventually gave birth’’.

Adding that, because her mother was so much concerned about her safety, she attempted to come for her and her newly born child, few days after she had conceived, but her child’s father wouldn’t allow beating her mother in addition.

They reported again to DOVVSU – the ministry unit precisely, but no action was taken denying justice.

She however revealed that, the husband bribed them with a simple cake and 500 cedis.

”Somebody disclosed to us that, my husband had come to bribe them so we shouldn’t stress ourselves since it’s going to be a foolish case”. She lambasted..