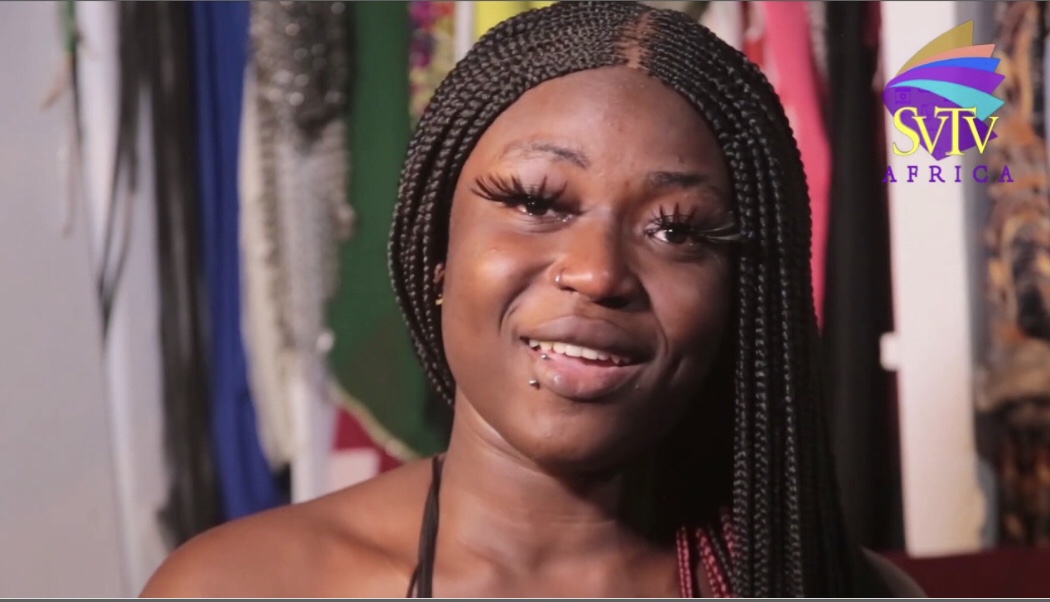 Speaking to DJ Nyaami, on SVTV Africa, she said, her mother prior to her birth, had to go through pregnancy lobour for 2 and half years, instead of the ordinary 9 months.

Adding that, his father, couldn’t be with her mother anymore as a result of her long pregnancy period, leaving the mother, traveling to Accra.

As a child, life was very difficult for her and this compelled her to live with her grandparents.

Her blazing wish to see her father, kept increasing, until finally, she was told her father’s whereabouts. The very day, she first saw her father, was 15yrs after her birth.

The young lady, who shared her story on SVTV Africa, with tears all over, revealed that, streets life, ended her into prostitution; something she is been doing every now and then in order to survive.

Nonetheless, she hopes to settle down, marry and also set up a washing bay company; a dream she has always thought of.