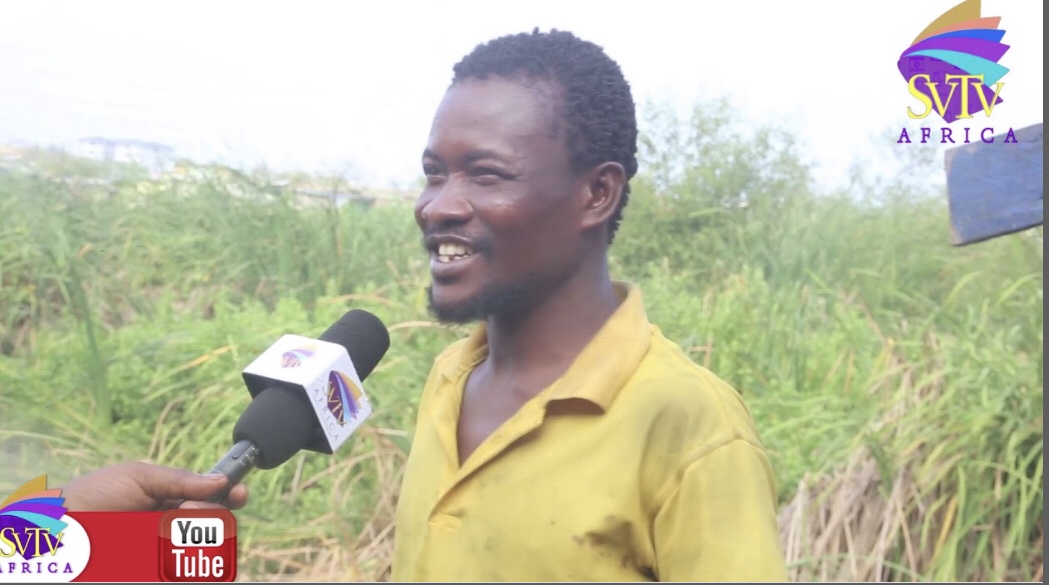 According to him, her late mother and the father divorced leaving 4 plots of land; but the father eventually took 3 out of them.

He made an account that, the father with other land guards beat the mother so they could take the remaining one plot, and as a child who wanted to stand for the mother, he also joined gang so as to retaliate on behalf of the mother.

Little did he know that, some of his colleagues in the gang were into drugs; and as a new comer who wanted to behave just like them, he started taking the drugs until he could stop no more.

Speaking to Dj Nyaami on SVTV Africa, on drugs, he said, he used to steal machines from companies and later sell them to scrub dealers just to get money to buy drugs..

Nonetheless, he is willing to stop so he can go back to take care of home, especially following the mother’s death.
.