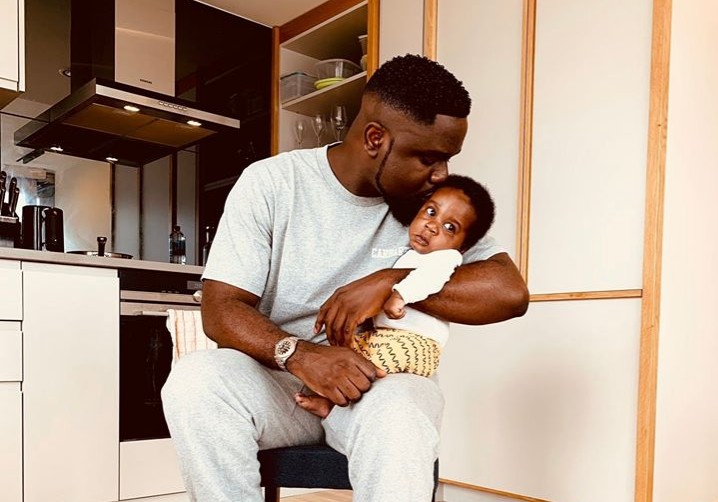 Rapper Sarkodie born Michael Owusu Addo has for the first time showed off his son who was delivered in the United States of America (USA) to the world.

Sarkodie vehemently denied claims of giving birth in the United States of America when some reporters reported that he had given birth to a second baby.

But the internet was awash with photos of him and his family and the new baby last week after they arrived from America after 6 months stay there.

Confirming the latest addition to their family, the rapper shared a photo of himself and his son to celebrate fathers.