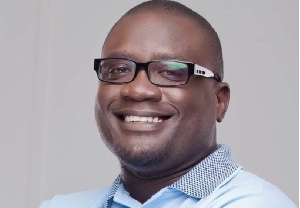 A senior producer at Class Media Group, Kojo Preko has debunked reports suggesting that Lynx Entertainment signed artiste, Kidi has been blacklisted and as such his songs will no longer be aired.

There were reports that sought to suggest that owners and operators of Accra FM where Kidi was sacked for turning up late for an interview have decided not to play his songs on any of their platforms.

But in a Facebook post, Kojo Preko has denied the claims saying the Media Group is ready to work with Kidi and have not decided on not playing his songs on their platforms.

He said “Class Media Group (CMG) has never said anywhere that we will not play Kidi’s song. We will continue and forever play our friend and brother Kid’s songs.”

“We love him and CMG (Accra FM, Class FM, Adhye FM, Kumasi FM, Takoradi FM) Will forever continue to work with the brand Kidi and the family lynx entertainment. Keep growing Kidi and we will continue to be there for you. Let’s continue to work in good faith and build both brands. CMG LOVES YOU.”.