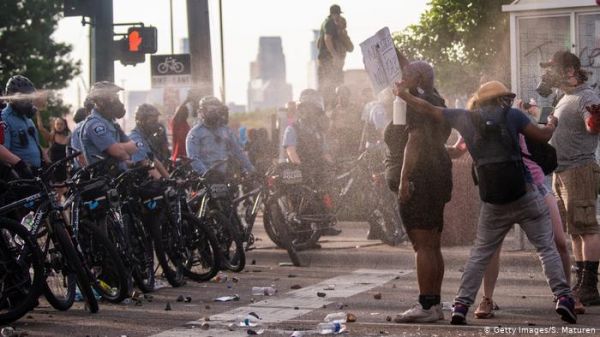 The Zimbabwean government has summoned US ambassador Brian Nichols to explain remarks by the US national security adviser that Zimbabwe was stoking anti-racist protests in the country.

Violence has erupted in cities across the US sparked by the death in police custody of African-American George Floyd.

US National Security Adviser Robert O’Brien, in an interview with American broadcaster ABC, had said foreign adversaries were taking advantage of the ongoing protests and mentioned Zimbabwe and China.

Mr O’Brien said that he had seen tweets from Chinese who were “taking pleasure and solace in the chaos in America”, but did not provide details on Zimbabwe’s alleged role to the protests.

But he said all foreign adversaries involved would not “get away with it”.

In response, Zimbabwe’s Foreign Minister Sibusiso Moyo is quoted by state-run Herald newspaper as saying that the US ambassador was expected to honour the summons, but gave no details about when the meeting would be held.

He said the government intends to remind the ambassador that Zimbabwe respects the sovereignty of other nations.

Pro-government social media accounts in the country have suggested the US has lost its moral high ground as a result of the death of George Floyd and its treatment of protesters.

In a rare move the African Union last week condemned the death of Mr Floyd, urging the US to intensify its efforts to ensure the total elimination of racial discrimination.