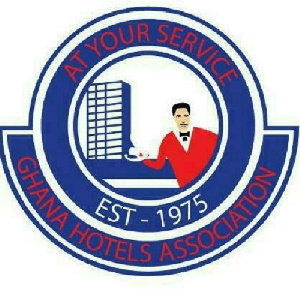 About 9,000 employees of hotels and guest houses in Ghana have laid-off workers.

According to the Ghana Progressive Hoteliers Association (GPHA), the workers were sacked due to lack of patronage of services offered. A number of facilities, it has been gathered, have either completely shut down or now operate at a minimal capacity.

The GPHA’s National President, Charles Adu-Gyamfi, revealed that the Association coordinates the activities of 400 hotels which have about 12,000 workers.

Out of that number, he went on, 9,000 of them are currently without jobs. Per a report by Graphic, he went on to say that he now gets less than two guests a night even though he operates a hotel with 80 rooms.

Adu-Gyamfi stated that the GPHA was grateful to President Nana Addo Dankwa Akufo-Addo for implementing stimulus packages such on commodities such as water and electricity.

He, however, added that the Associations members were eagerly waiting for their portion of the GH¢600 million stimulus package announced by the president.

He also called on the government to possibly institute an alternative fund to offer further loans to SMEs in case the COVID-19 pandemic extended beyond “a certain threshold.”