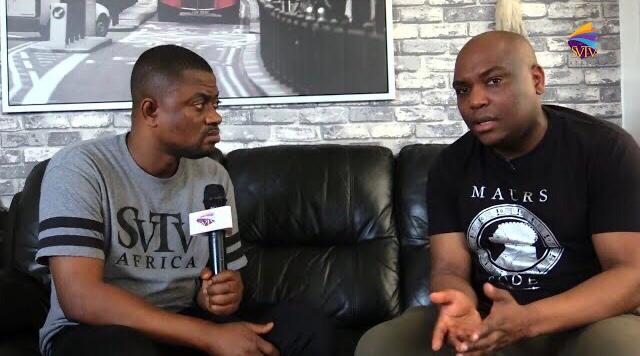 England based Ghanaian, George Akoto has revealed that he would have been in prison or dead if his parents had not brought him to Ghana as a teenager.

According to him, the gun culture and hard drugs in Graham Park at the time became rampant. As a result, his Ghanaian parents decided to send him home for a better understanding of life in Ghana.

In an interview with DJ Nyaami on ‘Daily Hustle in the UK’ George indicated that but for his parent’s timely intervention, he would have peddled drugs because most of his friends were into the act.

“I almost did because my friends were into it but I smoked a few times before I was sent to Ghana. My father realised that I had changed. I started shouting and talking back at them so I had to go live with an uncle who was a retired soldier,” he

After completing Junior High School in Ghana at Soul Clinic, George came back to London a changed young man.

“Some of my colleagues were now fully into drug; selling and using while others were in jail. So I’m very thankful for the decision my parents made for me. At the time, I didn’t like it by it helped me,” the father of one said on SVTV Africa.

Finally, George advised Ghanaian parents in the UK who find themselves in a similar situation to be wary of the friends their kids make. Also, they can send them home (Ghana) or someplace away from such activities for a while especially during their teenage years.