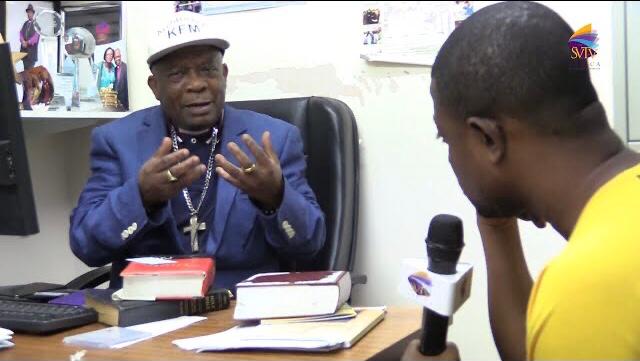 Head of Reconciliation International based in London, Archbishop Kwaku Frimpong Manso has disclosed that he was called by God to find a good place for the departed.

In a chat with SVTV Africa’s DJ Nyaami, Archbishop Frimpong Manso stated that unlike other men of Gif who preach the word in churches, he does that at funerals.

“It is a calling. When I was young I never slept in a room alone. When I became the church in 1980, God revealed to me that I wouldn’t do prophecies or anything like that but I will rather console people at funerals. My band, ‘born again band’ has played at so many funerals,” he said.

According to the Archbishop, he has helped bury about 500 people living in the UK most of whom are Ghanaians during the peak of the pandemic.

During the interview, he also spoke on other subjects like LGBTQ and Ghanaian youth being the most killed in Bristol, London.