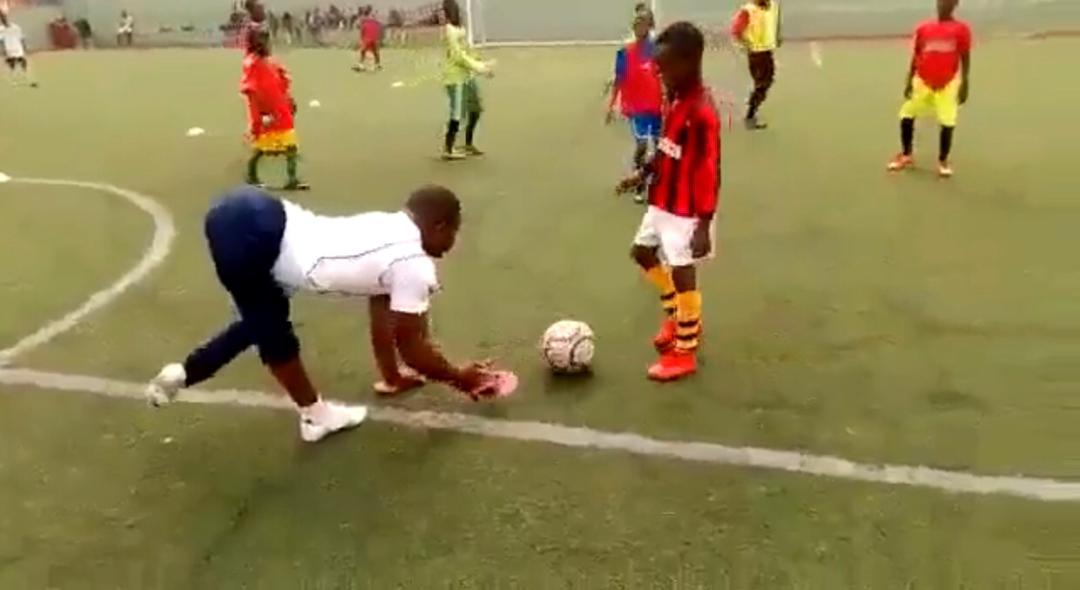 James Eduful is a Ghanaian football coach whose dream is to be the first physically challenged coach for any of the national teams and bring home a trophy.

Coach Sympathy as he is affectionately called shared in an exclusive interview with SVTV Africa his success story and what has kept him going especially in his condition.

“I always wanted to play football but I couldn’t. I even started playing for a while with both hands but my family warned that I may lose my arms too if I got injured on the field. So I became a coach instead.

I travelled to Kumasi to set up my team with my brother. Later in 2017, I was invited to coach a division two club in Kosoa so I had to come to Accra. Back then, the club was not doing well in the first round of matches. But eventually, I changed their formation, doubled their training. After the second round, I had won 9 matches,” he shared.

According to the coach, he indicated that after his success with the club in Kasoa he had several offers from other clubs. However, he was denied the opportunity because he has fewer certificates.

“I was denied because I have only one certificate which is a juvenile course. I want to study other coaching courses but there is no money. I wish to have license A one day,” coach sympathy added.

Speaking on how his condition came to being, James said “it was raining and my mom had to take us home because it was late. She carried me on her back but she slipped and fell. The next day, I couldn’t walk.”