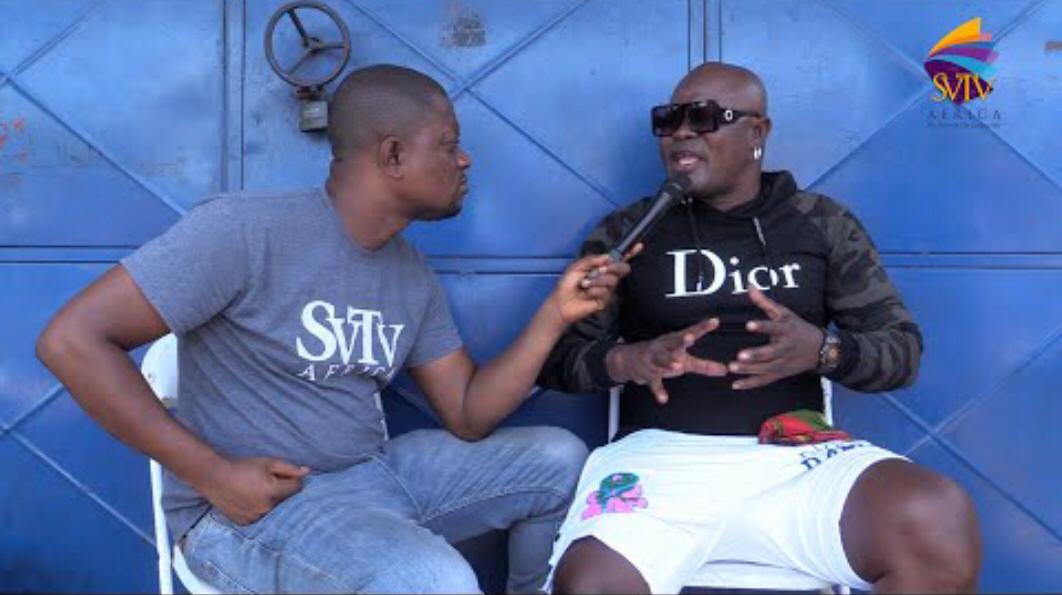 Boxer and entertainer, Braimah Kamoko known professionally as Bukom Banku has disclosed that he spent a large part of his earnings as a boxer at the police station an court for beating women.

He made the revelation in an interview on SVTV Africa with DJ Nyaami on Friday, July 4 stating that he is now a changed man.

According to Banku, he realised that it was not just a waste of money but his brand could be affected.

“I had money but now that I have none, I’ve realised my mistakes. When I had money, I spent it at the police station and court because I was beating people. Now I’ve changed.

Even if I get money again, I won’t beat anyone. It is wrong and shameful so I’ve changed my life,” Bukom Banku revealed.

He added that when he gets angry and feels the urge to hit any of his wives, he sleeps with her instead.
It is an anger management technique for him.