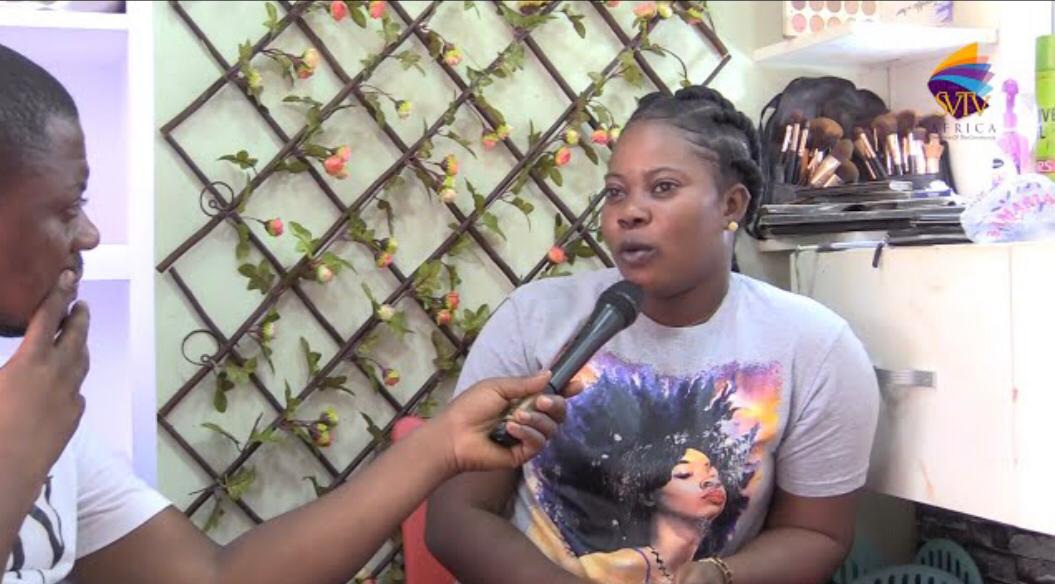 Beautician, Sandra Aboagyewaa has disclosed that she dated a married man for over a year without her knowledge.

Speaking on SVTV Africa with DJ Nyaami, Sandra stated that her ex-boyfriend married the other lady while they were still in a relationship.

”My ex told me that he got the lady pregnant but her family said he had to marry her first if he wants to go ahead with the naming ceremony,” she revealed.

According to Sandra, she was oblivious of the marriage until she posted pictures of herself and her ex-boyfriend on his WhatsApp status.

”The comments that came was ’where is your wife?’ Even then, I did not think anything of it until later,” If he told me about the pregnancy, I would have stayed with him but he lied to me, ” Sandra added.

She also advised ladies to be careful and not let their men be fully aware of the love they have for them because they will abuse it.