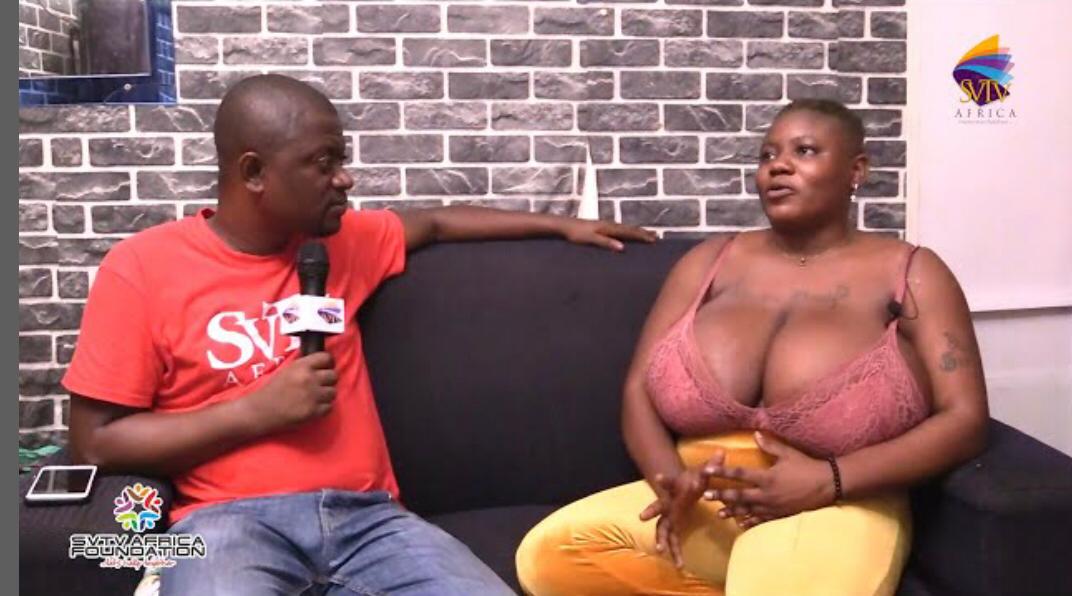 As part of SVTV Africa’s campaign to boost the confidence of ladies with big boobs, DJ Nyaami has spoken to Gertrude Nadutey, who is in her mid-20s and mainly sells clothes online.

According to her, Gertrude indicated that she didn’t like going out much due to the comments from onlookers. However, since she came to Accra in 2019, she goes out whenever she pleases.

”I came to Accra with my friends two years ago. I couldn’t complete SHS because my father refused to see me through so I left home. Now, I sell dresses online, ” she said.

Speaking on what people say when they see her, Gertrude added that ” sometimes even children make noise and follow me but I don’t allow it to bother me. I keep going.”

She disclosed that most guys hit her up on social media for hookups but she refuses them. Nonetheless, she has been involved in many one-night stands and paid handsomely.  She however does not see this as prostitution.

”I’ve had sex with almost 20 guys since January. I don’t this as prostitution. I like them and they like me too, and they give me money after sex, ” Gertrude concluded.

Kindly watch the interview below;