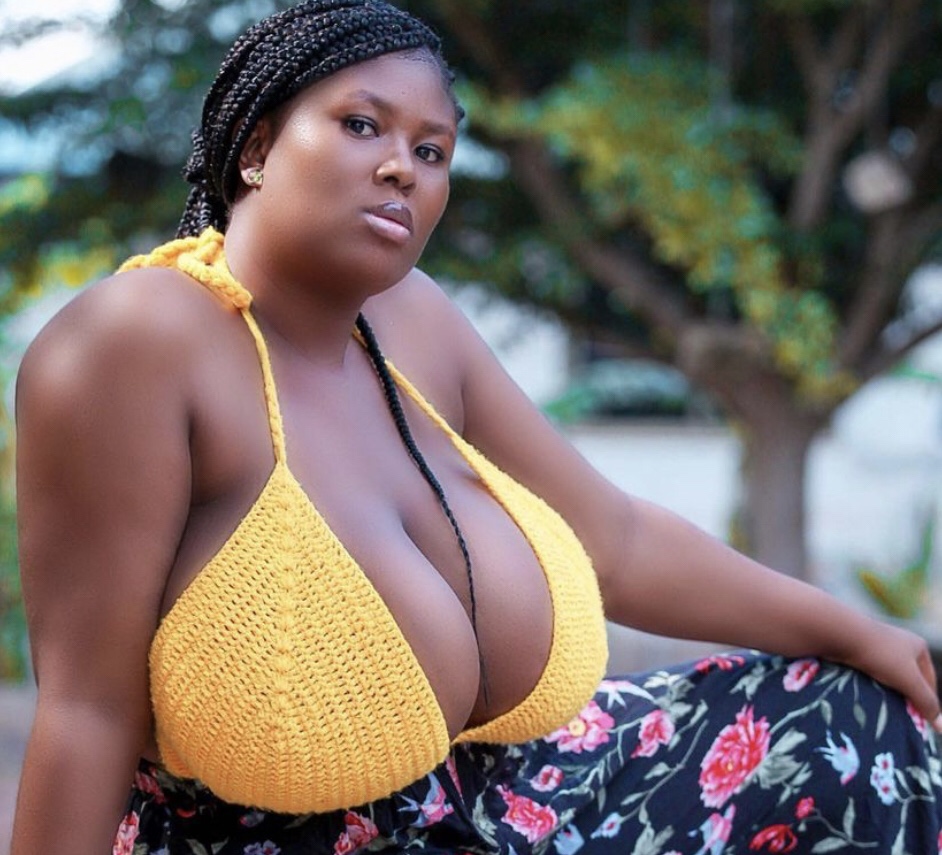 Ghanaian actress and internet sensation, Queen Paticia has revealed that she almost killed a guy once with her boobs.

Speaking to DJ Nyaami on SVTV Africa, she stated that she just dumped her boobs on his face.

”He was lying down and I tossed them out onto his face. Then I realized he was suffocating so I got up,” she said.

Besides that, Queen disclosed the number of guys that she’s dated and how many wanted just her boobs.

”I’ve been in a relationship with about 150 men and only four of them have sex with me. All the others just preferred fondling my breasts, ” Paticia added.

Millicent Paticia Amoah is her real name. She became popular after dropping a video of herself dancing to Okyeame Kwame’s new song which features Kuami Eugene, ’Yeeko.’