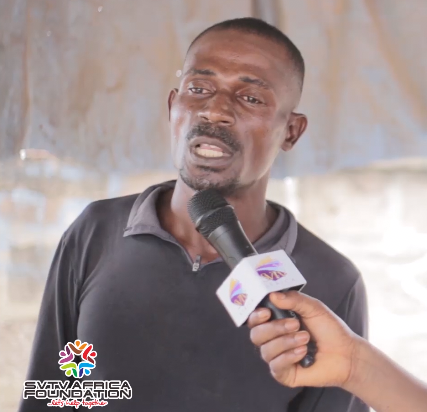 A Ghanaian man named Isaac Asare who is cake, bread, and pie tin maker at Adenta in Accra has made an interesting revelation about women and his wife in particular.

In an interview with DJ Nyaami on SVTV Africa, Kobby as affectionately called, believes that his baby mama left him and four kids due to some curse in her family.

“Just as there are illnesses that are hereditary, it’s the same with her(baby mama). Her mother has six children with three different women, same as her sister but with two men.
My baby mama also has two kids with another man, so, it must be a curse in the family,” Kobby said.

He added “I was thirty and the lady was sixteen when we met, but sex came in four years later. Eventually, she got pregnant, I think she feels she hasn’t explored enough yet.”

According to him, women get over men quickly, and they also are fed up with men easily too. Also, his baby mama has abandoned her children for eight years, and hasn’t even called or visited.