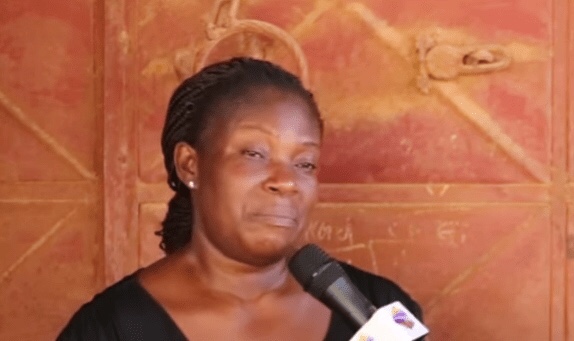 The culture of apportioning blame on spouses each time their partners die lingers on in the minds and hearts of most Ghanaian families.

Over the years, some extended families deprive children and widows of properties belonging to their fathers because to them, the wife is always responsible for the death of their husband.

This is the story of a mother of three who gave her name as Faustina but known popularly among her peers as Auntie B.

For Faustina in an interview with STVTV Africa monitored by MyNewsGh.com, after her husband took ill from a deadly disease she’s coy to mention, they spent and wasted all their time and effort to ensure that he lives.

From visiting powerful herbalists to the powerful Men of God and the best physicians in the country just to ensure he survived, he could not stand the test of time as he died. painfully

After suffering in finding good health for her husband alone, she has had to suffer at the hands of his family after his death as they are blaming her for killing their brother.

“The family is blaming me for killing their brother because when I got married to him, he was not sick and that I’m the cause of his sickness and the misfortunes that befell him”.

Faustina says she expected this when her husband died because a prophet told her this is what was going to happen “but I didn’t expect the heat to be like this. The family has since left us on our own and we feed on the benevolence of people”. She sadly recounted

Although the mother of three will want to work in order to provide for her three children, she says she lacks the capital to set up a business that will make her some ends meet.