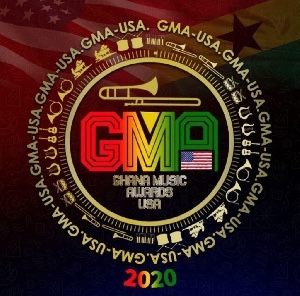 The COVID19 pandemic has had a dramatic effect on the nature of business around the world. As it stands, there is no industry that has not been touch and forced to innovate and find new ways of doing things.
One such sector which has found new ways around the pandemic is the entertainment industry. Since the outbreak of the virus a lot of entertainment centers has either folded up or gone out of business making it difficult for entertainers and event organizers to make ends meet.
Event organisers across the world have had to resort to organizing virtual concerts as a way of keeping fans entertained while still meeting being able to carry out activities which were planned before the interruption of the virus. Black Entertainment Awards (BET Awards) recently had a virtual awards concert in the United States to award deserving artistes.
Back home in Ghana, Shatta Wale, 3 Music, Samini and other few organizers have held virtual concerts which were considered a game changer. As a result other institutions have also resorted to this form of entertainment. The most recently held virtual concerts are Emys Africa Awards and GMA-USA 2020 nominee’s announcement.
Of all the virtual awards held in Ghana, only one, the Ghana Music Awards USA (GMA−USA), has been able to leave its mark on the Ghanaian entertainment scene with its excellent execution, stellar production and appeal. Held on Saturday, July 11, 2020, the GMA−USA was organized and held in the CJ studio in Abeka Lapaz. Management and other artistes joined in from America via teleconference.

There was such a seamless transition between performances from both locations that many viewers would be unable to tell that the show was not held in a single location. The show attracted performances from top Ghanaian stars such as Wendy Shay, Article Wan, Qwaachi, Rudy Plus, SP Kofi Sarpong and DeVox GH some of whom were in the United States and some in Ghana. For the first time as well, all nominees were presented with certificates to commemorate their nominations
On the night, the vocal delivery, highly-produced set and other stage effects set a standard that would rival any of the many of the international shows Ghanaians love so much. It is little wonder that several entertainment critics and fellow event organisers have doffed their hats off to CEO of the GMA−USA, Dennis Boafo and his team.
From data gathered from the show which was streamed live on Kofi TV, the event attracted a live audience of more than 20,000 viewers and thousands more watching the recorded version.
CEO of the GMA−USA, Dennis Boafo has stated that the nominee’s concert is just a dress rehearsal for the main award show which would be a game changer and set even higher standards for both virtual and live concerts in the Ghanaian entertainment industry.