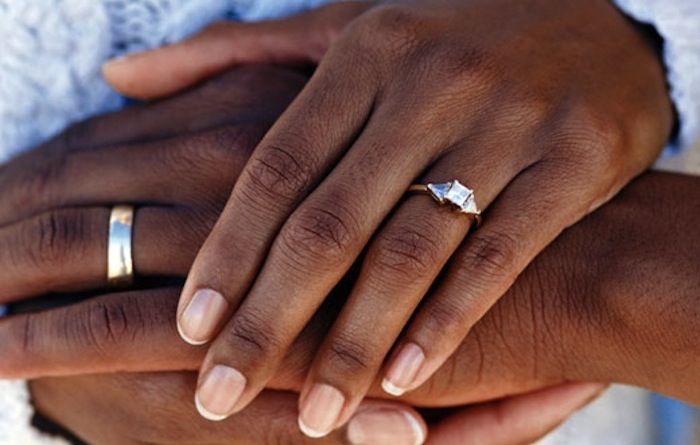 A married woman and a drug addict, speaking to DJ Nyaami, on the SVTV Africa Ghetto Live Segment, yesterday, has disclosed that, she sold her married ring for money.

According to her, she has been into drugs for so many years, but her addiction wouldn’t let her stop; so, anytime she want to get some into her body, but seem to have no money, she will trade anything she has just so she can get money to buy it.

Narrating that, she had done batter trade with her married ring in exchange for
money, however, she believes if she is able to get the exact money she traded her ring for, she can go back for it.

Speaking on how she started taking drugs, she said;
‘’My friends influenced me, they took me to clubs and there we smoked weed and what have you. I even stopped my senior high education because of drugs’’.

She however, revealed that, she later stopped taking drugs for 15 years, but the stigmatization was too much for her to bear so she had to go back.

Adding that, she is a mother of 4 but unfortunately, one is dead leaving 3.

She emphasized that, her three boys and the husband have tried their best for her to come out of her situation but their efforts have not been futile.

Talking about her relationship with God, she revealed that, she has the gift of prophecy, but it’s very unfortunate she can’t well manifest in her gift just because of drugs.

She lamented that, she want to stop, therefore, she will not hesitate to go the rehab center should she get the chance.