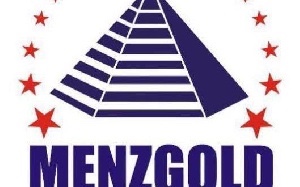 Payboy Company Limited, the payment company that was recently appointed by Menzgold Ghana Limited to negotiate a settlement with its unpaid customers says it has terminated its agreement with the latter.

The decision follows the arrest of officials of the company on Wednesday, May 27 in relation to its role as a third-party entity ensuring the payment of the investment of customers whose monies are still locked up.

In a statement announcing the arrest, the Economic and Organised Crime Office (EOCO) said its initial investigations have revealed that the company was operating without the requisite licenses from either the Bank of Ghana (BoG) or the Securities and Exchange Commission (SEC), hence cannot deliver on the services purported by Menzgold.

“We have indicated to Menzgold Ghana Company Limited, our decision to opt-out of the ‘Payment facilitation Agreement’ we signed on February 7, 2020. Amongst others, we indicated that we would not admit any Menzgold customer at our premises on the basis of negotiating and facilitating mutually acceptable payment mode or manner for the indebted client,” part of the press release sighted by JoyNews said.

The statement further stated that although the company does not have a contract with Menzgold, it will continue to impress on the embattled gold dealership to continue making payment to the clients that have contracted them.

The digital payment marketing and promotions firm also said management is cooperating with EOCO in the ongoing investigations and expressed preparedness to assist in any form necessary.

Since September 2018, Menzgold has been in the news after SEC ordered a shut-down of their operations after investigations revealed they were taking cash deposits illegally.

The development led to the lock-up of funds which resulted in several legal tussles and demonstrations against the company and its founder, Nana Appiah Mensah.

But the activities of the digital payment marketing and promotions firm led to groups like the Coalition of Aggrieved Customers of Menzgold accusing Payboy of being another ponzi scheme initiated by Menzgold.