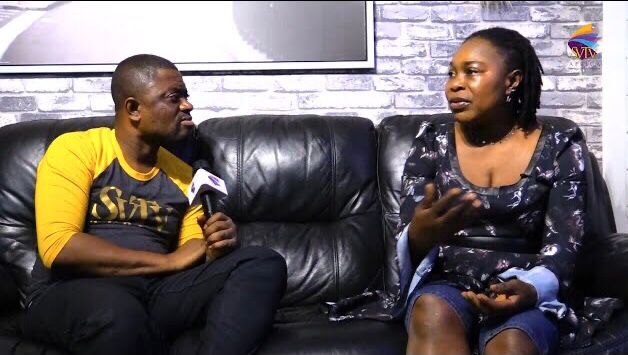 Ghanaian based in the UK, Madam Joyce has disclosed that she had to divorce her husband because her mother in law found another woman to give birth for her son at a time when conceiving was difficult.

Speaking on SVTV Africa with DJ Nyaami, Joyce indicated that her mother-in-law told lies about her. Also, her father visited her husband’s family to settle the issue but they did not agree. As a result, she had to divorce her husband.

“It was a big wedding and we stayed married for six years but there was no child. Due to that, my father visited my husband’s family to sort out the issue but my mother in law insisted that she needed grandchildren.

“At the time, I travelled to Togo to buy clothes. My mother-in-law speculated that I had someone in Togo. Meanwhile, I spend two days on the road and one day getting my stuff. She found another lady for him,” she revealed.

Madam Joyce added that her ex-husband on the other hand did nothing to help her situation. According to her, she had been to several hospitals “but they always said I was fine. My ex-husband would not go with me for him to be checked as well. I spent a lot of money on local herbs and pastors but it yielded no results.”

After her failed marriage, she got together with another man and now has two children.