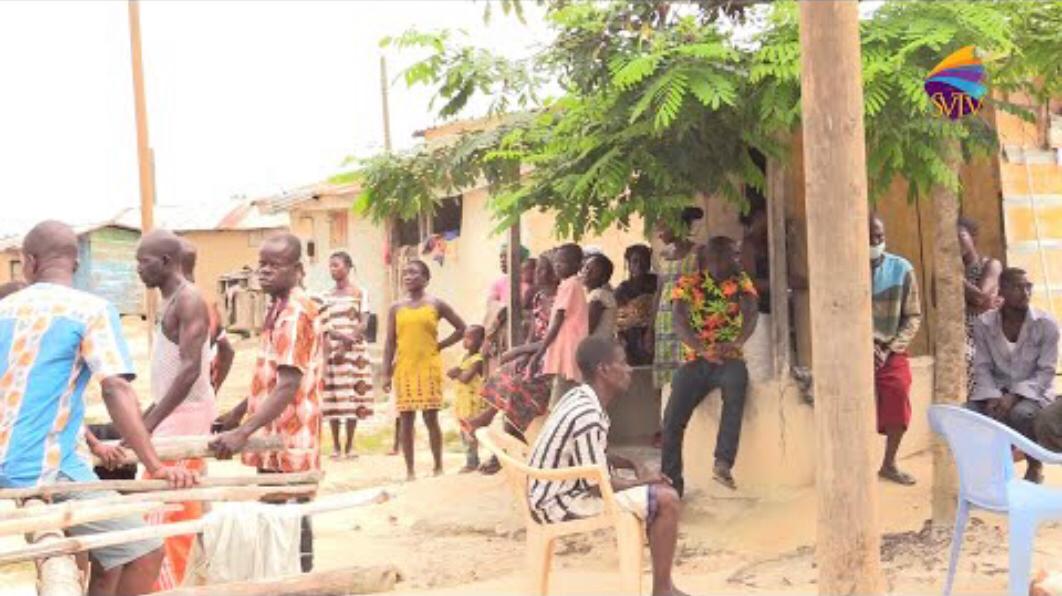 Twifo Abodwese is among five communities in the Twifo Anogyan District in the Central region of Ghana. It is primarily a farming community.

In a report done by SVTV Africa’s DJ Nyaami, the community heads shared some of the challenges and basic amenities that Abodwese lacks.

Due to the deplorable state of the road leading to the village, inhabitants pass through the Twifo Oil Palm Plantation company which has its drawbacks. Moreover, cars only come by the village twice a week.

“They don’t allow cars in after 9 pm so if you get to the gate after 9, the security won’t allow you in or out. So if there is an emergency, we have to call a driver to come to pick them up. Recently we lost someone because we couldn’t get her to the hospital on time,” a local revealed.

Aside from the lack of a clinic and the awful state of their road, they also mentioned the poor network reception.

“The reception here is poor. If we want to make or receive a call, we climb a tree or tombstones for reception,” another local said.

Twifo Abodwese is 6 miles away from the Twifo township which is approximately an hour 40 minutes walk at a relaxed pace. All the villagers can boast of a school built by the district assembly years ago.

An elder in the village disclosed the history behind the name Abodwese which can be translated as ‘beard’. According to him, the early settler who moved there was a man with a beard. Eventually, people referred to the town as the ‘man with a beard’ town.