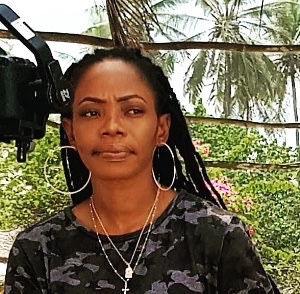 The female musician believes that a change of environment would be good therapy for Okomfour Kwade3.

In a Facebook post captured by Ghanaian Journalist AttractiveMustapha.com, Abrewa stated that ‘Just last week she was on phone with a friend abroad confessing that if she had all the means one of the things she would love to do, is to fly Okomfour Kwade3 abroad”.

A new photo of the Ghanaian hiplife musician, Jerry Anaba, well known as Okomfo Kwadee, on social media, has left many of his fans in a state of shock.

For some time now, Okomfo Kwadee has been battling with mental challenges which landed him at a rehab centre. In 2018, the news about him being abandoned at the rehab centre by his family went viral.

Just last week,i was on phone with a friend abroad confessing that if i had the means one of the things i would loved to…